Keep an eye on your surrounding environment with EO

ForEarth provides an Earth Observation based environmental alert service dedicated to citizens, scientists and public institutions.
The objective is to help answer environmental questions that have a societal impact.

Is the forest exploited right now around me? What are our drinkable water stocks for the dry season? Am I in a rain shadow zone to develop my crops?

While it is true that EO is, in general, aimed at monitoring the planet and helping us to be sustainable, its benefits are often hidden behind institutions and are not available “in the palm of the user”. How would it be if the Citizen has EO-based information, vital to their livelihood, arriving on their handheld device? That is what we are proposing.

Empowering the Citizen to use EO in everyday life

For the past 25 years at least, the dream has always been to weave EO into the fabric of Society. There have been two problems with this: 1) the definition of “society”, which has traditionally been too restrictive in EO contexts (i.e. limited to people who know), 2) there have not really been the tools to do it. Today, the Citizen can use EO for everyday purposes through the use of social media oriented services, from a handheld mobile.

Platforms are great – but not always the easy solution scientists are looking for. Microservices centered on EO make things simple: the services are always available as a web address, wherever you are on the internet, and can be used to create additional services. There is no need to carry your services with you as you travel, for demos or for your own work, and there is no need to “configure” an environment on a platform, dimension resources and all that kind of stuff.

Making EO as easy as using a social network

ForEarth provides specialized services that deliver environmental information to Citizens, informing them about risks and threats in their immediate neighborhood. Beyond that, the User Interface for access to EO provided through ForEarth (based on SnapPlanet) is “social network like”, so that the Citizen is able to play with, and say things with, EO, just in the same way as they use Twitter or Instagram. Talk about the Earth…

Hyderabad, located in the Telangana state, is one of the fastest city growth in India (6.4 million in 2005; 9.7 in 2017). This development has led to many issues in terms of employment, housing and basic services such as tap water distribution, but has also led to develop an urban civil society highly engaged in environmental issues.

Historically, Hyderabad water distribution mainly relies on big reservoir dams in surrounding areas. These dams, filled with monsoon runoff of upstream catchment, can be empty after several dry years. But the increasing demand for domestic water has led to systematic more or less long shortage periods at the end of the summer period (from April to June) which force authorities to cut the water distribution. A black market of groundwater, coming from the Hyderabad surroundings to fill water tank of each buildings, partly fulfils this domestic water demand. The more long the shortage last, the higher the prices become. This situation will quickly worsen. Indeed, no realistic aquifer management plans are set up by constraining farmers to stop pumping before a lower limit. On the contrary, for electoral reasons, farmers got an extension of free electricity periods in Telangana, allowing them to use more groundwater in less time. This emergency supply for domestic water is threatened in coming years.

This context explains why issues related water resources are a trending topic in press and a regular source of concern for the public opinion. We believe that the service brought by ForEarth will be well received.

The ambition of this project is to develop a water alerting system for urban population based on the automated monitoring of surface waters that are the main source of domestic tap water and to deploy it at the population scale of Hyderabad. The service could be used to just know and anticipate or decide and act according to a weekly use of the service. 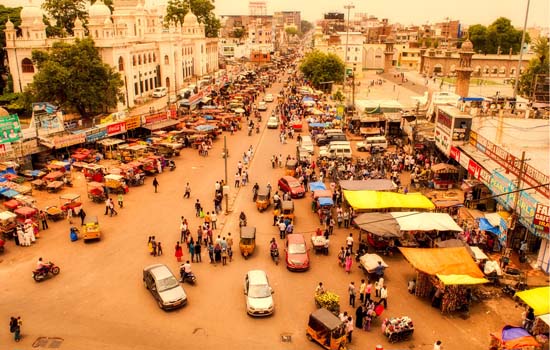 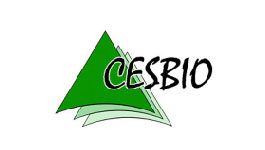 This project has received financial support from the European Space Agency

Find us at the Office

Give us a ring